Tinat Atifa Masood, is a writer by choice, an actor for fun and a lover and a dreamer by default. She is also an accredited journalist, a socio-political activist, producer-director, poet, blogger, a singing enthusiast, with over 30 years of compering behind her. Awarded as the Youth ICON of India 2013, and the Naari Shakti Award in 2018, she is proud to have carried the mantle as the President for 2016-17 for Rotary Club of Guwahati, the second woman to lead the oldest club in the city!
Tinat just loves to write, yet acting has and always will be her first love. “When on stage, I feel like a King”, she says. She has been on stage since 4 years of age and has had major stints on the silver-screen and celluloid. An alumnus of Loreto Convent, Shillong, Tinat is grateful to her Irish teachers for what she is today!
Tinat has a poetry book to her name titled 10:20; a compilation of random thoughts and her first published work since she started writing at the age of 17. Her second poetry book is on its way to being published this year. She has gifted Tirus, her son, “Adventures of Tirus”, a childrens’ story book with three stories, on his second birthday and is now writing the sequel. She has compiled the picture biography of the former Chief Minister of Assam titled, “THE VISIONARY:The Life and Rise of Tarun Gogoi” and is working to publish a book for the youth, this year.
Tinat is a documentary film-maker since 2002 and her documentary on tea, titled “The Brew of the Eastern Clouds” had been invited to the MIFF, 2008 and to the Stuttgart Film Festival, Bollywood and Beyond in Germany in 2008. Till date, she has produced, directed, acted, scripted and given voice-overs to numerous documentaries of Prasar Bharati and other government departments.
Tinat has anchored VVIP programmes and has been happy to be at events where the Presidents of India were present, the Prime Ministers and most recently, she anchored for the Assam Tribune’s Platinum Jubilee in the august presence of the Hon’ble Prime Minister of India and His Holiness, the Dalai Lama. She loves compering shows and is now planning to set up a training institute for young aspirants.
With more than a decade of training young people in motivation and communication skills, Tinat travels all across India and abroad. As a resource person of Oxford University Press for more than 6 years, she has trained teachers and students in Bihar, W. Bengal and NE India. She has now been roped in by Headword, a publishing house in Delhi, as their resource person for training young people, teachers and parents.
Tinat has an NGO called the Consortium of International Minds, where she reaches out to the young to mould them to be more humane and to train them to be global citizens. Her hallmark concept, “I AM THE BEST” is widely accepted by schools, colleges and various other organisations.
She had been a panel member of the Film Certification Board of India for three years and had enjoyed every moment while cesnsoring movies.
Tinat is an active blogger and has over ten blogs to her name, writing vociferously, both on political and non-political issues, online and sometimes for local dailies.
Tinat is lucky to have been part of a four-member team to Canada in 2004 as an Ambassador of Peace and Cultural Understanding sponsored by the Rotary International under their Group Study Exchange programme.
She connects with young people and women of far flung areas of Assam to understand and take stock of their situation. She says her responsibility towards the society, her state and her country has gone up manifold after she had been crowned the INDIAN ICON OF THE YEAR 2013 by the Parwaz Media Express and Urdu Press Club at Delhi and the NAARI SHAKTI AWARD in 2018 by the Lions Club of Nowgong.
Tinat takes each day as a plan to make the lives of the lesser privileged better than they might have dreamt of and to mould young people into future leaders!
Tinat is at present pursuing a PhD in Mass Communication from Don Bosco University.
Tinat owes her life to her parents! 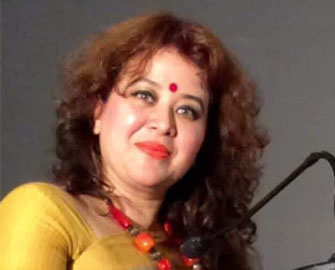