Current Use Cases and Market Growth of VR 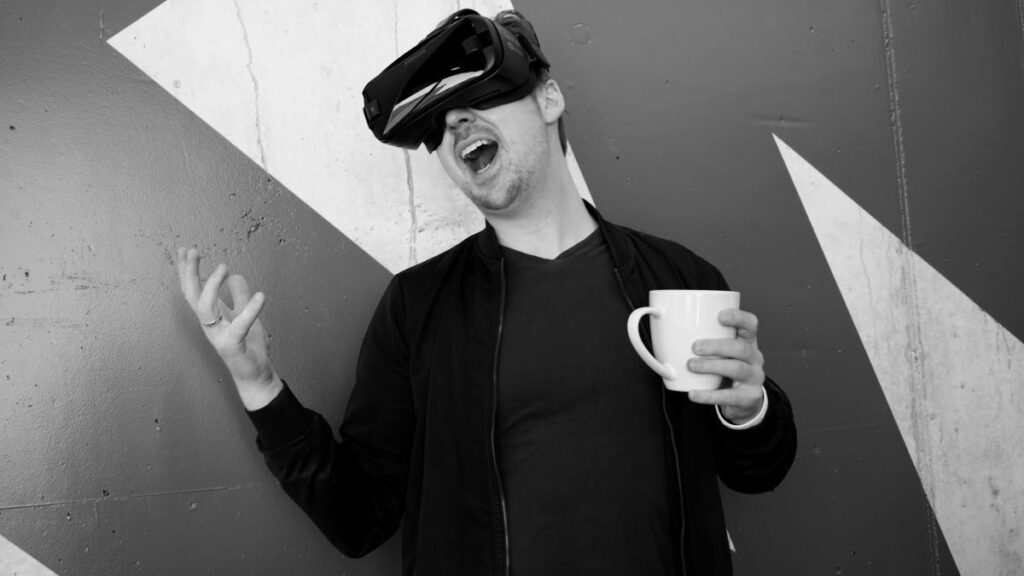 Current Use Cases and Market Growth of VR

Though virtual reality (VR) has been around for some time, the technology didn’t start drawing major attention until 2014 when Facebook acquired Oculus VR. In March, 2014, the social media giant purchased the product for an estimated $2 billion USD. Despite the staggering purchase price for a product that wasn’t nearly read to be introduced on the market, the business world got the message loud and clear: the basis for mainstream VR was being laid. In response to questioning about the acquirement of Oculus VR, Mark Zuckerberg, the CEO of Facebook, stated: “When I put on the Goggles, it’s different from anything I have ever experienced in my life.” And he was right; the technology was staggering.

In a nutshell, VR is a simulated environment that’s developed by computer software. It creates an immersive experience that appears to be real. It offers a sensory experience – including sight, sound – and in some cases, touch – that allows users to interact with the artificial environment that the technology presents much the same as they would if they were experiencing the environment in real life. Take a look at videos of individuals who are using VR and watch how they interact with it; as soon as they strap on the headsets, their actions clearly indicate that they have been “transported” to the world the technology is presenting them with.

It’s believed that virtual reality was developed sometime in the 1960s and used for military purposes; however, it wasn’t until three decades later that the technology started to garner public attention, thanks largely to the video game industry. Thanks to progressive advancements in technology – particularly in the last half-decade – the potential for virtual reality technology has been reinvented. Now, VR has become a major proposition for an array of industries; industries that aren’t even closely related to video gaming.

Getting back to Facebook and their purchase of VR technology for $2 billion USD; technology that wasn’t even close to being ready to be introduced to the mainstream market… A mega-corporation wouldn’t make such a massive investment just because they enjoyed the technology; rather, as Zuckerberg pointed out, the purchase of Oculus VR as a long-term investment in the future of technology. Given recent statistics related to the future of VR, the Facebook CEO’s decision to purchase the technology was likely a promising one. As TrendForce, (a leading market research firm) indicates, by the end of 2020, the VR market is expected to be valued at a whopping $70 billion. If those estimates are correct, Zuckerberg should see a massive return on his $2 billion investment; indeed, a wise business and financial decision on his part.

Given the rate at which technology is advancing coupled with the projected value of VR, it’s safe to assume that the technology offers opportunities aplenty for business owners. In fact, it can be said that VR technology has the possibility to improve pretty much everything consumers interact with. As an example, picture how virtual reality can improve things like shopping, academics, travel, and even fitness and healthcare (and that’s just a small drop in the bucket of things that the technology can enhance). What does that mean for creative entrepreneurs? – It means that the possibilities are endless, as there are countless applications that VR could be used for.

Facebook began selling its Oculus Rift VR headset for $600, well before the technology was ready to be distributed. The headset, which can be used with various gaming systems, such as Xbox ONE, as well as Unity and Unreal Engine, popular game development tools, enables users to develop applications via a system that’s familiar to them. The pre-sale of the product was a clear indication of the potential that it would offer, and indeed, fast forward to now, and Oculus VR headsets have certainly taken the world by storm. In fact, the technology is so popular that Facebook has introduced other variations; the Oculus Quest, for example.

Facebook isn’t the only mega-corporation that has taken interest in virtual reality; Google has, too. The powerhouse technology company began exploring the possibilities that VR offers with its Google Cardboard headset back in 2014. The company has also developed another VR headset that rivals Oculus by Facebook. The fact that Google joined forces with investors who invested an exorbitant amount of money into Magic Leap, an AR startup company, further indicates the massive potential that the technology offers for entrepreneurs.

Facebook and Google aren’t the only companies that have invested in virtual reality. Samsung, another technology giant, has also partnered with Oculus, and created the Gear VR headset, which can be used with Samsung smartphones. Sony has gotten in on the VR game, too, with PlayStation VR, a virtual reality headset that’s compatible with their PS4 gaming system. The HoloLens AR headset from Microsoft is another example, the first “fully untethered, holographic computer”, which allows users to interact with high-graphic holograms. Microsoft also enables developers the opportunity to create their own one-of-a-kind applications for the company’s AR technology, which provides endless possibilities for both existing companies as well as startups that are interested in getting involved in the incredible potential that virtual reality provides.

While virtual reality can be used in countless sectors, there are four key areas where this technology is thriving. These sectors include:

Gaming. Last but not least, VR has had a huge impact on the gaming industry. As the industry in which VR really started taking off, it comes as no surprise. That the technology has had such a massive impact on gaming; in fact, it’s completely altered the industry. Back in the 1990s when VR was first introduced in the gaming industry, the technology was primitive, at best; it was big, bulky, difficult to use, and didn’t really create an immersive experience. Fast forward to today and that has certainly changed. In the 21st century, the VR technology that’s used in video. Gaming is lightweight, easy to use, easy to access, and creates a real life-like experience.

The big difference in VR technology that’s used in the gaming industry today compared to what was previously. Being used is that companies aren’t just trying to enhance their existing platforms; instead, they are offering completely new experiences. Thanks to new innovations in. VR technology, gamers can sit in the cockpits of fighter jets or be a part of. Star Trek’s Bridge Crew.

Given the constant advancements in technology and the increased interest in virtual reality technology. It will be interesting to see what the future holds; how current sectors that are using the technology will continue to change and what new sectors will start implementing VR. For businesses looking to use immersive technology, one thing’s for sure: the opportunities are endless. For more tech news please follow deeptechknowledge.com.