How to Tell Your Manager That You’re Overworked 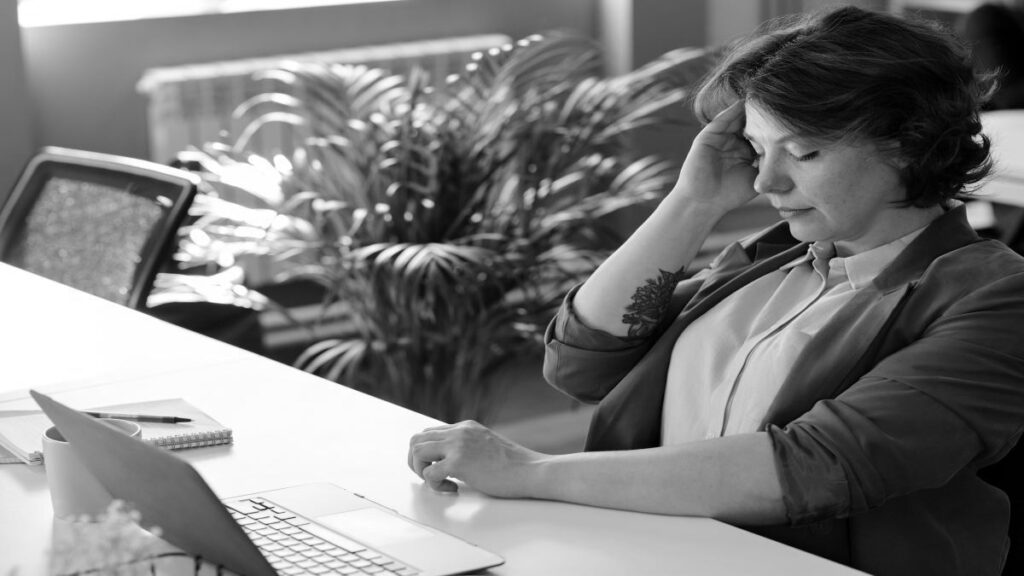 How to Tell Your Manager That You’re Overworked

These days it seems like most people have too much on their plate. Everyone complains about feeling overworked. So how do you tell your boss you simply have too much to do? No one wants to come across as lazy, uncommitted, or not a team player. How can you protect your image as a hard worker while saying uncle?

What the Experts Say
No matter how busy you are, it can feel exceedingly difficult to talk to your boss about your heavy workload. The reason is twofold, according to Julie Morgenstern, productivity expert and author of . First, you may worry that by saying something you’re going to lose your job. “In the bottom of your belly is this feeling that if you can’t handle the work, there’s someone else who can; you feel dispensable,” she says.

Second, “the natural tendency is to think, ‘I am not working hard enough, smart enough, or efficiently enough. I should be able to handle this.’ So you suffer in silence.” But doing so is dangerous for your career, says Liane Davey, cofounder of 3COze Inc. and author of you first. “You overcommit because you are ambitious or you want to impress your boss, but then when you fail to deliver — or deliver work that is rushed or of poor quality — it sends a message that you are not reliable.” So when you feel snowed under, you really should let your manager know. Here are a few ways to make the conversation go more smoothly.

Cut yourself some slack
Feeling overwhelmed and overworked does not signify that you’re a subpar employee. “Don’t judge yourself so harshly,” says Morgenstern. “At most organizations, companies are trying to make do with less, so there is more work to do than there is time to do it.” If you’re a good performer who on occasion turns down, “you’re not being lazy, and it does not reflect badly on you.”

In fact, she adds, saying no from time to time increases your credibility. “Bosses want their employees to speak up if there is anything that’s keeping them from performing at peak levels.” Even though it feels uncomfortable to admit you can’t handle everything that’s been assigned to you, Davey says it’s the “responsible thing to do” for the organization. “If you’re underwater and you can’t meet your commitments, you leave your team in the lurch.”

Seek counsel and support
When you feel too busy, it can be helpful to get an outsider’s perspective on your workload, says Morgenstern. “A third party can help you get grounded.” She recommends outlining your projects and obligations to a trusted friend or colleague. “Ask her to look at the amount of work you have” and give you an honest opinion “about whether it is too much for one person.”

You might also ask your boss for advice and “coaching on strategies for dealing with overwork,” says Davey. Requesting guidance helps you both clarify expectations and work more efficiently. “Say, ‘It is taking me about five hours a month to prepare this report for the finance department. Is this in line with what you would expect? Do you have any suggestions on how to streamline the process?’” After all, “it’s not as though your boss hasn’t ever felt the exact same way.”

Provide solutions
Having a candid conversation with your manager about your workload requires the right mindset, says Morgenstern. “You are partnering with your boss to fulfill the company’s goals.” She suggests beginning the conversation by “stating the organization’s shared objectives” to ensure that you’re both on the same page. “Then state what’s getting in the way” of you accomplishing the goals. Be as specific as possible. You might say, for instance,

“This assignment requires a lot of research, which is time-consuming,” or, “Now that I am managing a team, I am spending more time planning, and I have less time for day-to-day work.” The next part of the conversation is essential: Offer three ideas for addressing the issue. Don’t go into a problem until you have the solution Morgenstern says. You might, for instance, suggest that certain tasks be done quarterly instead of monthly, that colleagues step in to assist you on a particular project, or that the organization hire a temp to lighten the load. Your goal is to identify “projects that can be delayed, delegated, deleted, or diminished.”

Set priorities
It’s excruciating to have your boss give you yet another assignment when you’re already stretched thin. “Oftentimes they assign work with no idea how long it takes to do each individual task,” says Davey. You should respond by explaining what’s on your plate and then asking, “Which of these is most critical? And how would you prioritize the rest?” Morgenstern recommends asking your boss “to define the level of effort” he expects on certain assignments and “what a maximum, minimum, and moderate effort looks like.” Whatever happens, don’t agree on the spot to anything new if you are unsure whether you can deliver, says Morgenstern. “Say, ‘Tell me what is expected on this and let me figure out if I can do it based on the other projects I am working on. Can I get back to you tomorrow?’ Buy yourself time.”

Offer to help
Even when you have too much to do, it’s both considerate and professionally smart to provide help where you can. The message to your boss, says Davey, should be something like, “I don’t feel that I can take on [this project] without doing a disservice to the other work I’ve committed to, but I can carve out time in my schedule to provide direction to the person who is going to do it.” You could, for instance, offer to attend brainstorming sessions, read first drafts, or serve as a sounding board. “And then make yourself available,” she says. Offering a small lifeline — even when your bandwidth is constrained — is a way to cement “your identity as the responsible worker committed to the success of the organization,” says Morgenstern.

Be honest
There are times in everyone’s life when tumultuous personal events take precedence over all else. If you’re experiencing one of those periods — your mother has been diagnosed with a serious illness, or your son is having a hard time in school — it’s best to be upfront about it, says Morgenstern. You might tell your boss, “If I ignore this, it will create enormous stress in my family and affect my job performance,” she says. Your tone should be straightforward, and your demeanor should be “grounded and as centered as possible.” Davey agrees:

“Make it situational and make it time-bound.” “Say, ‘This doesn’t happen very often, but the next two weeks are a bit of a tsunami for me. I need help.’” A good, reasonable boss will understand and appreciate your honesty. “Trying to be the hero to the point where you burn yourself out is not the best answer.”

Keep your colleagues close
Telling your boss that you’re overworked doesn’t always have the desired effect. When the boss is unwilling to make changes, Davey recommends giving your teammates “a heads-up” that you’re feeling swamped. “If your boss won’t cut you some slack, they might,” she says. Perhaps they can take something off your plate or work around a delay on your part.

“And even if they can’t help, they’ve at least been given a warning” that you’re overextended and therefore unable to give it your all, and you’ve  “headed off anything that would erode their Trust.” If your boss is continually insensitive to how busy you are, consider it a sign that you may need to move on to a new job, says Morgenstern. Overwork “is not sustainable” in the long run, she says.