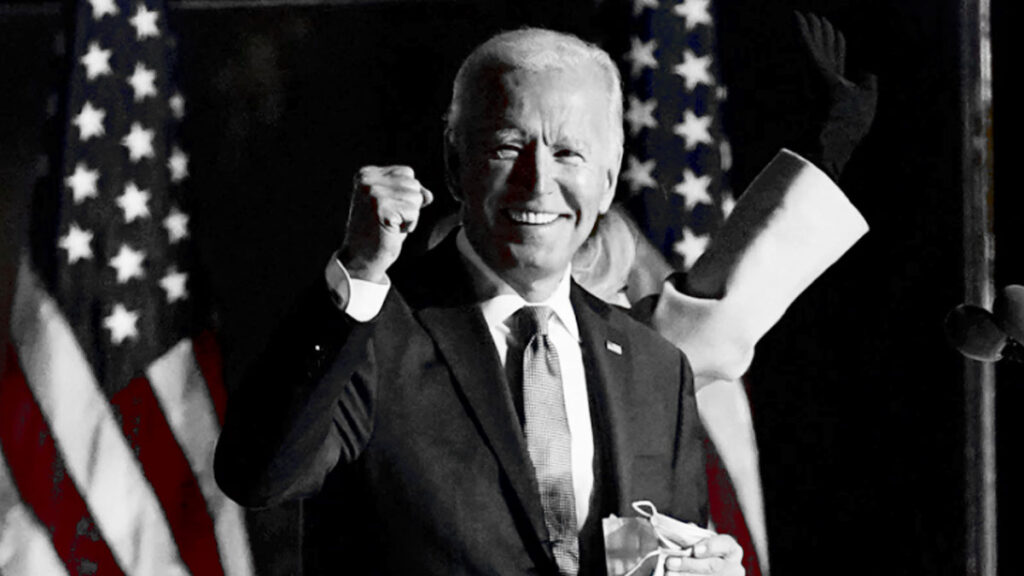 Joe Biden is now the president elect, Sen Kamala.D is now set to become the highest woman the nation’s 244-year existence. In a victory speech on Saturday night, Biden called it “a time to heal in America” and said, “I pledge to be a president who seeks not to divide but unify, who doesn’t see red states and blue states, only sees the United States.”

Harris praised Biden as “a healer, a uniter, a tested and steady hand” and spoke of what her win represented, saying, “While I may be the first woman in this office, I will not be the last, because every little girl watching tonight sees that this is a country of possibilities.”

Biden supporters came together to celebrate in cities throughout the country, while in state capitals from Phoenix to Austin, Trump supporters were gathering at protests over vote counts, planned before Biden’s victory was announced. Trump and his team have vowed to fight the results in court, and the president has baselessly called into question the integrity of legally cast votes since news organizations made their call.

While speaking to supporters in Wilmington, Del. for the first time as president-elect, Biden invoked Trump’s name one time during the speech, using the moment to offer his opponent’s supporters a political olive branch.

“All those of you who voted for President Trump, I understand the disappointment tonight. I’ve lost a couple of times myself,” he said, referring to his previous runs for the office.

“But now let’s give each other a chance,” he said.

Biden has sought to be a foil to Trump’s divisive messaging, telling the audience Saturday that his administration would not be as alienating to those with different political beliefs.

Biden has repeatedly said on the campaign trail that he was running as a Democratic candidate but would be “an American president.”

For her historic remarks as the first woman elected vice president, Sen. Kamala D. Harris (D-Calif.) wore white — an enduring symbol of the suffrage movement that won women the right to vote a century ago.

As soon as Harris walked onstage to “Work That” by Mary J. Blige, viewers immediately noticed her pearl-colored pantsuit paired with a glossy top and American flag lapel pin.

Women have dressed in white before as an emblem of history: During President Trump’s State of the Union address last year, many of the female lawmakers wore white.

Saturday night, Harris spoke about being a first among women; a daughter of Jamaican and Indian immigrants, she is now the highest-ranking woman in politics in the nation’s history.

“While I might be the first woman in this office, I won’t be the last,” Harris said, “because every little girl watching tonight sees that this is a country of possibilities.”

Biden addressed the country Saturday night for the first time as president-elect of the United States, after succeeding in his decades-long quest to win the White House.

Around 8:40 p.m., Biden jogged onto the stage outside the Chase Center in Wilmington, Del. And peered out onto the raucous parking lot, where people cheered, waved American flags and honked their car horns.

“Folks, the people of this nation have spoken. They’ve delivered us a clear victory, a convincing victory, a victory for we, the people,” Biden said.

He spent a good portion of the beginning of his speech shouting out his family. Especially his wife, Jill Biden. He also thanked local elected officials and volunteers who worked the polls in the middle of the coronavirus pandemic.

“You deserve a special thanks from the entire nation,” Biden said.

Biden was proud, he added, of the coalition he had built on the way. To his win, one that included “Democrats, Republicans, independents, progressives, moderates, conservatives. Young, old, urban, suburban, rural, gay, straight, transgender, White, Latino, Asian, Native American.” But he reserved his final and deepest thanks to the African American community who “especially in those moments when this campaign was at its lowest ebb . . . stood up again for me.”

Biden said he would govern as a president for all Americans and extended a hand to those who had supported Trump.

Biden closed by saying he would announce on Monday a group of scientists and experts as transition advisers. Who would help him tackle the coronavirus pandemic. Without that, he said, the country could not repair the economy.

He also spoke about what he believed his administration’s mandate to be.

Rep. Barbara Lee began her political career on the presidential campaign of the first Black woman to run for president, Shirley Chisholm, serving as one of Chisholm’s delegates to the 1972 Democratic National Convention.

Nearly 50 years later, Lee (D-Calif.) watched as Kamala D. Harris name-dropped Chisholm at nearly every rally as a candidate for president and, later, the Democrats’ vice-presidential nominee. On Saturday, Lee celebrated as she learned that Harris is now the first woman elected vice president of the United States.

“I have been waiting and working for this moment. Shirley Chisholm paved the way for so many of us, including myself,” said Lee, who represents Harris’s hometown of Oakland. “She knew what the challenges were then in terms of racism, in terms of sexism. And also that we had to keep fighting, that this was a marathon. But sooner or later, the country would know what we knew about Black women.”

For many, Harris’s victory was as much a celebration of that marathon. As it was of Harris herself — of those who came before as the one arriving now. Harris, the daughter of Indian and Jamaican immigrants, made such an acknowledgment at nearly every campaign stop she made.